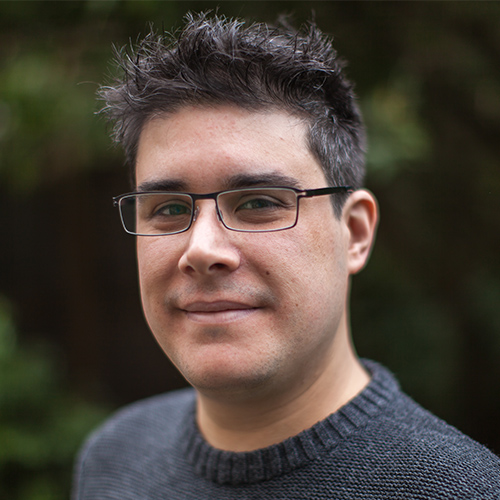 Hugo Guerra is an award-winning Director and VFX Supervisor. After finishing his Fine Arts degree, he worked in Portugal and Sweden before moving to the UK. In 2010 he joined The Mill London as a VFX Sup and as Head of the Nuke Department where he worked with clients like Audi, Adidas, Nike, IKEA, Panasonic, Discovery Channel, Sony, Activision, Ubisoft, etc. In 2014 Hugo joined Fire Without Smoke as a Director and Visual Effects Supervisor, working on trailers for games studios like CCP, Ubisoft, Deep Silver, Square Enix, Sony, Warhammer, etc. Most recently Hugo worked as a VFX Sup for Sony Playstation and worked as a Film Director for Rebellion Studios. He is also very active as a lecturer of VFX, making keynotes in festivals all over the world in partnership with BenQ, Foundry, ActionVFX and ftrack. Hugo is also a content creator on YouTube with his channel Hugo's Desk and he is the co-host of the VFX Notes Podcast with Ian Failes from Befores & Afters.