Animex AVFX is a two day programme of talks from world class animation and VFX studios, packed with expert insight into the year's major releases and the lowdown on the projects that are grabbing the headlines. 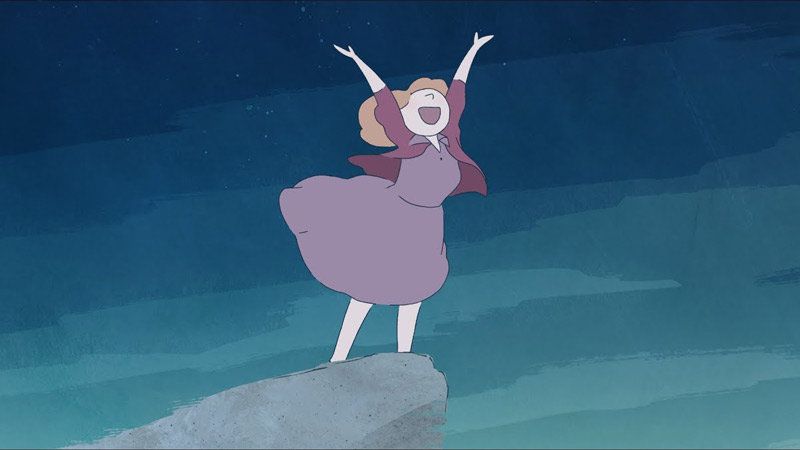 For unregistered attendees only. Europa Building In this talk Dan Snape and Teesside graduate Sam Dawes will take us through the making of Star Wars: The last Jedi. They will be paying particular attention to the compositing aspects of the film and look at how they work on shots to bring the various elements of the production from set to screen and create the spectacular images we see in the film. The Mill | Path to Paradise - A Journey in Emerging Tech

Travel from solitary confinement in a US jail, through an epic Mexican jungle Party and end up hanging out at the Natural History Museum with Attenborough. The Mill's CG Lead Artist Dan Moller explores how he combines traditional CG craft with emerging technologies to deliver new and enthralling experiences. Centered on the VES-Nominated VR experience Corona ‘Paraiso Secreto’, Dan will illuminate the challenges The Mill is tackling to combine triple-A visuals with slick creative and cutting-edge tech. Now that Matt's career is of drinking age, it seems a good time to reflect on what he has done and what has been learned. Matt will to run through every project he has worked on (memory and footage permitting), and extract a useful lesson from each. For example, don't use paintfx for smoke simulation. Debugging ncloth skin sims at 3am is ill-advised. Know that the show always gets done (eventually). Pretending to be the director can sometimes end up with you actually being the director. MPC Assets Supervisor Axel Akesson will give a behind the scenes look at how his team crossed the uncanny valley and created a photoreal human for Blade Runner 2049. Replicating Rachael was both a huge honour for MPC as well as an exciting technical and creative challenge. It took nearly a year to create the final character which many have called the most realistic CG character to date. In this presentation, Axel will show never seen before material including the tests shown to the filmmakers which showed that with the right talent and technology, anything is possible. In this talk we will take a look behind-the-scenes of Aardman Animation's latest film by the Academy Award winning Nick Park. Set at the dawn of time, when prehistoric creatures and woolly mammoths roamed the earth, Early Man tells the story of Dug, along with sidekick Hognob as they unite his tribe against a mighty enemy Lord Nooth and his Bronze Age City to save their home. Using rarely seen footage, Animation Director, Will Becher, talks through some of the amazing craft that went into making Aardman's most ambitious feature film to date.

Join the festival speakers and studios for an evening networking in our award winning students union TERRACE bar. Recruiters and representatives from various studios will be in attendance.

For unregistered attendees only. Europa Building Framestore - The VFX of "Thor : Ragnarok"

Andy joins us to discuss the extensive VFX work completed by Framestore on Marvel’s Thor : Ragnarok. Framestore were responsible for most of the action packed third act of the film including the creation of the Asgard environment and characters of the “Mega” Surter fire demon, the D-Guards, Korg, Meik, the giant wolf Fenris and the super photorealistic digital doubles of Thor and Hela. All of these elements were brought together in the FX and destruction heavy final battle of Asgard. Double Negative - The VFX of Annihilation

Andrew will speak about the three year creative journey to make Annihilation, covering the processes that the film-makers utilised to create the film. It will feature insight into the techniques of VFX production as well as a focus on the design and creative challenges on the film. Louise Bagnall takes us through her roles on several of Cartoon Saloon’s most recent projects. With a special focus on character design and directing she will discuss working on Oscar© nominated feature “The Breadwinner” and the short film “Late Afternoon”. Production Designer Thomas Cardone will discuss the design of Ferdinand, 20th Century Fox and Blue Sky Studios’ most recent film. Exploring the thinking behind the style of the film and how that informed set, character, colour and lighting design. Pixar Animation Studios - Behind the scenes of Pixar’s "Coco"

Sarah's talk "Behind the Scenes of Pixar's Coco" will cover an overview of the film's production pipeline, a closer look at some of the effects such as ghosts and the marigold bridge, and hidden Easter eggs in the movie. She will also discuss the importance of effects in driving stories forward, such as her work on Miguel's guitar smash and Ernesto De La Cruz being hit by a rotten tomato.

Join us for the announcement of the awarded animations and a screening of the winning short films of Animex Awards 2018. More details